The world is facing the most displacement since World War Two, when the legal framework for recognising people as refugees was established. More than 60 million are displaced with 20 million of those as refugees, that is, they are displaced and outside their country of origin. 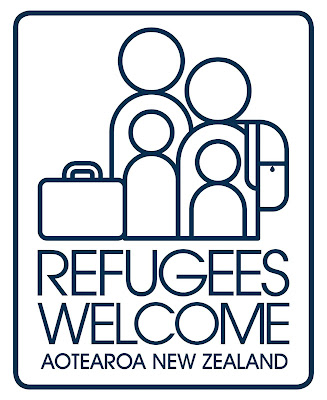 Q: Aren't we doing our bit?

New Zealanders pride ourselves on our hospitality and fairness. We value independence in our foreign policy. But despite this we've been slack on providing protection to people seeking sanctuary.

Only half of New Zealanders live in a region where refugees are resettled. The other half has no opportunity to help. We can do more.

Australia has five times our population but take eighteen times our refugee intake.

Australia currently accepts 18,750 people per annum. Opposition parties there want to make it 27,000.

Doublingour quota to 1500 means we are still only taking half as many people as Australia. 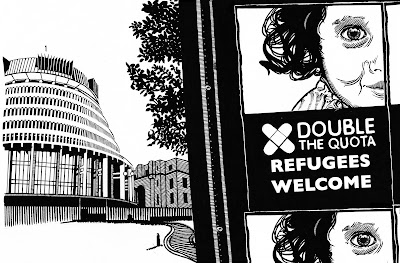 Q: But what about asylum seekers?
Refugees can also get into the country as asylum seekers. That is when people make a claim for protection while they’re already in New Zealand. On average, we accept only a third of all claims. But, since 2001, the  New Zealand government has worked with other governments to make it harder for asylum seekers to lay a claim. That has led to a 75% decrease (a decrease of 373 people per year) in the number of asylum seekers that we accept as refugees.

Not only has our quota stayed low, but the annual total number of accepted refugees has actually decreased since 2000. This needs to be set right, by doubling the quota. 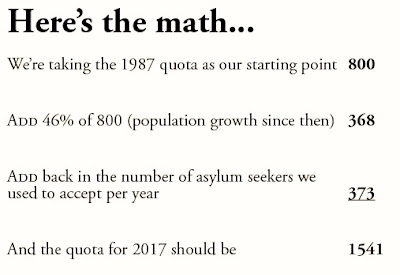 Q: OK, the quota needs to grow, but double it?
Doubling the quota will not make New Zealand a world leader in hosting, recognising or resettling refugees.

New Zealand needs to at least double the quota in the coming years. We need to take as many people, adjusted for population, as similar nations.

That’s our target: we need to achieve that, implement the changes well and then move from there.

Q: So what exactly do you want?

Doubling the quota is a sensible, moderate increase that would allow for implementation with few problems, if properly resourced. That’s why we also need the funding for our refugee service providers doubled.

And finally, we’d like every quota review to take into consideration population growth since the last increase. That takes the decision out of the hands of the politicised environment of the Beehive.